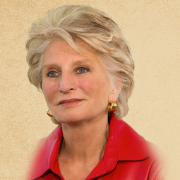 Go To Past Event
from Jane Harman: Confronting Our National Security Problems held on May 25, 2021

Former congresswoman Jane Harman says America has used the same tactics to solve defense and intelligence issues since the end of the Cold War. She says many of these strategies haven't worked and that the United States has become too self-satisfied as the lone superpower of global politics. Harman further says that many nations no longer defer to America as they once did. In her new book Insanity Defense, Harman chronicles how the United States has failed to confront some of the toughest national security policy issues and discusses what that bodes for our national security.

Harman has gained the expertise to discuss security and public policy issues. During her nine terms in Congress, she served on all major security committees, including six years on Armed Services and eight years on Intelligence. She is currently a distinguished fellow and president emerita of the Wilson Center, the nation’s key nonpartisan policy forum for independent research to tackle global issues. Through her work, Harman says she witnessed the unravelling of American politics in her various roles as legislator, exhorter, enabler, dissident and, eventually, outside advisor and commentator.

Hear Jane Harman's unabashed thoughts on achievable solutions to bring us to a safer future.