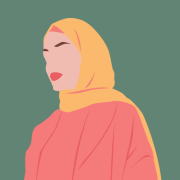 Daisy Khan has devoted much of her life to fighting Islamophobia, increasing public understanding of Islam and breaking down barriers between Muslims and other faiths. Ms. Khan served for 18 years as executive director of the American Society for Muslim Advancement, where she was hailed as a bridge builder for promoting cultural and religious harmony through intra-faith programs such as Muslim Leaders of Tomorrow and inter-faith arts programs. To combat anti-Muslim bias, she created the "Today, I am a Muslim Too" rally involving 100 interfaith organizations.

She has also worked to modernize the role of women within Islam. Khan founded The Women's Islamic Initiative in Spirituality and Equality (WISE) with the express goal of peace building, gender equality and human dignity. She says that women's leadership is essential to solving societal issues, and that the WISE Shura Council is creating a crucial space for activism that contributes to Muslim women’s struggle for justice. The council issues informed and religiously grounded opinions on controversial issues of particular relevance to Muslim women in their personal, familial and societal lives. By advocating a constructive conception of women’s status, rights and responsibilities, Khan says these opinions function as legitimate alternatives to oppressive religious arguments.

Ms. Khan's awards and honors include: the Eleanor Roosevelt Human Rights Award, Edinburgh Peace Award, and the Interfaith Center’s Award for Promoting Peace. She's been listed among Time magazine's 100 Most Influential People and was ranked among the “Top Ten Women Faith leaders” by The Huffington Post. Khan plans to follow her 2018 memoir, Born with Wings, with two forthcoming books: 30 Rights of Muslim Women and WISE UP White Supremacy.

Come for an important conversation with Daisy Khan about Islam and the advancement of Muslim women.