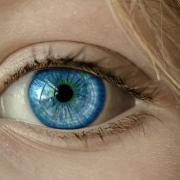 Go To Past Event
from Insights Radio Program held on July 24, 2020

Our first segment follows the powerful story of Congresswoman Jackie Speier finding her courage to get started in politics. Congressman Leo Ryan was killed on the airstrip tarmac in Jonestown, where he and a delegation had gone to learn firsthand about Jim Jones' Peoples Temple cult. As a member of the delegation, Jackie Speier was shot five times at point-blank range. Left for dead, the choice to survive against unfathomable odds eventually empowered her with a resolve to become a vocal proponent for human rights. Hers is a story of true resilience, one that will inspire other people to draw strength from adversity in order to do what is right—no matter the challenges ahead.

In the second segment, we take a behind-the-scenes look at the unusual teamwork that took place in the gubernatorial mansion while Jerry Brown served as the state's 39th governor. Join us as we listen in on the first public appearance by the former governor and first lady since he left office. Here’s a rare opportunity to hear their views on issues impacting the state, the United States and the world, in addition to learning about their unique relationship.