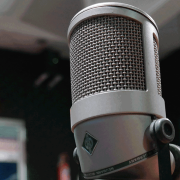 Inside PBS and KQED: The Role and Future of Public Media

Go To Past Event
from Inside PBS and KQED: The Role and Future of Public Media held on August 13, 2019

More than 50 years after the establishment of the Public Broadcasting Act, which set the foundation for PBS and NPR, the media landscape has changed in ways that advocates for these services never could have imagined. Yet their vision for a noncommercial broadcasting system that takes risks and addresses the needs of the public has endured. Paula Kerger, PBS CEO and president, joins Michael Isip, KQED president and CEO, and John Boland, KQED president emeritus, to discuss the future of public media amidst great technological, political and environmental upheaval. With much of the traditional local news space shrinking and with trust in news at an all-time low, how are PBS and public media affiliates such as KQED adapting to serve communities? How can stations and audiences respond to attacks on the free press? And how are these organizations changing with their audiences and the ways they consume media?

Having joined PBS in March 2006, Kerger is the longest-serving president and CEO in PBS history. Among her accomplishments are the pop culture phenomenon “Downton Abbey” on "Masterpiece"; Ken Burns and Lynn Novick’s critically acclaimed The Vietnam War; the documentary Hamilton’s America, about the Broadway smash hit musical, on "Great Performances"; “Freedom Riders” on "American Experience"; and award-winning children’s programs such as “Daniel Tiger’s Neighborhood.” Kerger is regularly included in the Hollywood Reporter’s “Women in Entertainment Power 100,” an annual survey of the nation’s top women executives in media, as well as Washingtonian magazine’s Most Powerful Women in Washington.

Isip became KQED’s seventh president on April 10. Isip has almost a quarter century of media experience and has played a critical role in KQED’s growth and transformation into a 21st century multimedia organization. He joined KQED in 2001 as an executive producer in television and has since served in a number of senior level roles, including senior vice president and chief content officer as well as executive vice president and chief operating officer. Isip’s most impactful contributions to KQED was reorganizing the content division away from distribution platforms (TV, radio, online) to a structure of multimedia teams in news, arts, science and education. This restructure facilitated greater collaboration across KQED and increased digital content and services.

Boland is president emeritus at KQED. He served as the organization’s president and chief executive officer from March 2010 through March 2019. Before returning to KQED, he served for four years as the first chief content officer of the national PBS. Prior to his tenure at PBS, Boland served in several executive positions at KQED for more than a decade, including executive vice president and chief operating officer; and vice president of marketing, development and communications. He also created the role of chief content officer at KQED in 2002—the first such position in public media. At KQED, he led a strategic transformation from a traditional public broadcasting service to a twenty-first century public media organization that combines mobile, social and online media with robust digital radio and television broadcasting. He has been a newspaper publisher and owner, a senior executive with two major international marketing and communications firms, and publisher of San Francisco Focus (now San Francisco magazine).