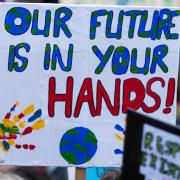 If You Won’t, We Will: Youth Action on Climate

Four years ago, 21 plaintiffs served the U.S. government with a lawsuit. The government, they asserted, had violated their constitutional rights to life, liberty and property by failing to act on climate change. All plaintiffs were students under the age of 23.

On the other side of the world, 15-year-old Greta Thunberg initiated a global youth strike for climate, prompting 1.6 million students in over 120 countries to leave school in protest of adult inaction.

A global surge in youth climate action is reverberating from the streets through the highest levels of government, but is it enough to influence the decisions of industry and fossil fuel interests? Will this new generation of activists be able to resonate with a presidential administration that barely acknowledges climate change?