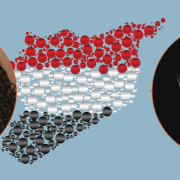 The Human Rights Foundation and Justice in Syria

Go To Past Event
from The Human Rights Foundation and Justice in Syria held on July 21, 2022

Roberto González will discuss the important work the Human Rights Foundation has done since its inception in 2005, including its project Defund Dictators Too. The HRF is a nonprofit that defends and promotes freedom and justice throughout the world. He will likely include the recent Oslo Freedom Forum. Malaak Jamal will concentrate on HRF's 2022 report, "Framing Justice in Syria."

Roberto González is an attorney admitted to practice in the State of New York. He graduated cum laude from Rafael Landívar University, where he earned a Bachelor of Laws degree. He also holds a master’s degree in International Law and Justice from Fordham University School of Law. As a part of HRF’s Center for Law and Democracy, González’s research focuses on comparative constitutional law and international law. Malaak Jamal oversees HRF research and analyzes political regimes in countries under authoritarian rule. She received her M.A. in diplomacy and international relations from Seton Hall University, with specializations in human rights, international law, post-conflict state reconstruction and sustainability. Malaak has a minor in Middle Eastern studies at the American University in Dubai. Malaak’s opinions have been featured in Time, The Washington Post ,CNN, and other media outlets.