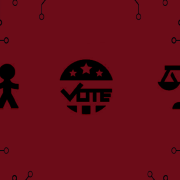 How Technology Is Reshaping Democracy and Our Lives

Go To Past Event
from How Technology Is Reshaping Democracy and Our Lives held on October 8, 2020

Over the last several years, and especially since the 2016 election, the extraordinary impact of technology, particularly social media, on our privacy, democracy, economy, kids and families, race and gender roles, climate change and mental health, among other topics, has become an issue of urgent national concern. These are all issues that James P. Steyer, founder & CEO of Common Sense Media, knows well. Since 2003, under Steyer’s leadership, Common Sense Media has helped millions of parents and educators navigate the digital world with their kids and students. And now, in a new book (to be released on October 13, 2020), Which Side of History? How Technology Is Reshaping Democracy and Our Lives, Steyer and some of the country’s leading writers and thinkers take on these issues from an even broader perspective to help shape conversations on how approaches and policies related to technology can be improved.

In this program, Steyer and Franklin Foer, a writer for The Atlantic, will discuss big issues related to technology’s impact on society, including Foer’s essay in the book, “The Era of Fake Video Begins.” about the use of “deep fake” videos, particularly in political campaigns. With less than a month until the 2020 election, it is a conversation you won’t want to miss.

In association with Common Sense Media

CEO and Founder, Common Sense Media; Editor, Which Side of History? How Technology Is Reshaping Democracy and Our Lives

Staff Writer, The Atlantic; Author, How Soccer Explains the World: An Unlikely Theory of Globalization