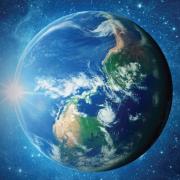 How Some Countries Are Solving Climate Change

Go To Past Event
from How Some Countries Are Solving Climate Change held on January 17, 2019

When it comes to cutting emissions, there are many paths to success. Sweden, France, South Korea and Ontario have all taken steps to replace fossil fuels with nuclear, hydro and renewable energy. Norway has ambitions to swap its dependence on oil for clean energy in relatively short order. China is expanding electric car and battery production in an effort to stake out leadership in 21st century industries.

But the absence of U.S. climate leadership is causing heads of state to ease off their goals. In France, violent protests against higher diesel taxes are casting a shadow over efforts to raise the price of fossil fuels to combat climate change.

Join us for a discussion about who’s moving ahead and who’s moving backward in the transition to a clean energy economy.