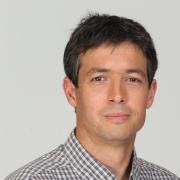 How to Make Sense of the Disorder in the Middle East

Go To Past Event
from Yoaz Hendel: How to Make Sense of the Disorder in the Middle East held on February 13, 2017

Dr. Hendel, who describes himself as a pragmatic centrist with a national liberal identity, will discuss regional issues confronting the Middle East. He will also explore the influence of the Russian-Iranian relationship in the Middle East.

Dr. Hendel is the director of the Institute of Zionist Strategies and is an award-winning radio and print commentator on political and human rights issues. He was a post-doctoral fellow at the Began-Sadat Center for Strategic Studies and was communication director for Prime Minister Benjamin Netanyahu in 2011-12. His latest book is called, Iran vs Israel: A Shadow War.