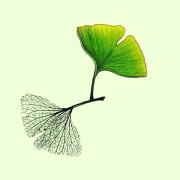 How Do We Heal the Wounds of History? Understanding and Addressing Intergenerational Trauma

Go To Past Event
from How Do We Heal the Wounds of History? Understanding and Addressing Intergenerational Trauma held on April 10, 2018

Renowned author Elizabeth Rosner takes on the complex subject of war’s long aftermath. The daughter of two Holocaust survivors, she interweaves personal narrative with extensive research, in order to provide an over-arching look at the multi-generational consequences of genocide and atrocities worldwide. Incorporating scientific evidence for epigenetics, she examines interconnections among descendants of Holocaust victims, survivors of Hiroshima and Nagasaki, Cambodian and Vietnamese refugees, and African Americans shadowed by the legacy of slavery and lynching — offering insights into the urgent need for meaningful, shared dialogue about our collective task of healing

Poet; Author, The Speed of Light, Electric City and Survivor Café: The Legacy of Trauma and the Labyrinth of Memory