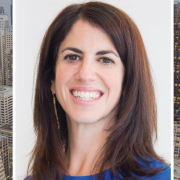 Go To Past Event
from Hillary Ronen on The Michelle Meow Show held on January 17, 2019

Hillary Ronen was elected to the San Francisco Board of Supervisors District 9 seat in November 2016. District 9 is comprised of the Mission, Bernal Heights, Portola and St. Mary’s Park neighborhoods. Prior to her election she worked as chief of staff for District 9 Supervisor David Campos. Hillary is a graduate of UC Berkeley Boalt Hall School of Law. After law school, Hillary worked at La Raza Centro Legal and became the director of La Raza’s Worker Rights Unit. Hillary has also worked as an immigration attorney in a private firm and pursued international human rights claims of children of Haitian descent residing in the Dominican Republic.