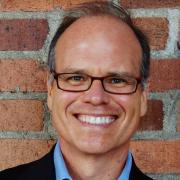 Go To Past Event
from Hewlett Packard: Why Strategic Leadership Matters held on March 9, 2017

Hewlett Packard has been instrumental in the explosive and world-changing growth in Silicon Valley. Webb McKinney and Philip Meza will share with us their insights on the strategic thinking and leadership that was key to HP's contributions that helped create the technologically innovative world in which we live today.

Webb McKinney began his career at HP when David Packard and Bill Hewlett ran the company. McKinney held numerous engineering management and executive positions at HP, running HP's entry into consumer PCs and going on to lead its entire PC business. McKinney later led worldwide sales, marketing and supply chains for all of HP's commercial customers. Before retiring from HP in 2003, McKinney was the executive vice president responsible for HP's integration of Compaq. McKinney is currently a consultant in merger integration and leadership development.

Philip E. Meza is a strategy consultant and researcher. Much of his consulting work focuses on technology strategy and business development. His books and numerous case studies are used at business schools and universities around the world. A graduate of the University of California at Berkeley and The Wharton School of the University of Pennsylvania, Meza is the author of Coming Attractions: Hollywood, High Tech and the Future of Entertainment (2007) and co-author of Strategic Dynamics: Concepts and Cases (2006).

Peter Burrows has covered Silicon Valley since the mid-90s. He spent 23 years at Businessweek and Bloomberg News, where he covered companies such as Apple, Cisco and HP. He now freelances for MIT Technology Review and other outlets. His 2002 book, Backfire: Carly Fiorina’s High-Stakes Battle for the Soul of Hewlett-Packard, told the unauthorized story of Carly Fiorina’s tenure at HP and her proxy fight to secure the acquisition of Compaq Computer in 2002. Burrows was one of the reporters HP spied on, leading to the "pretexting" scandal in 2006.