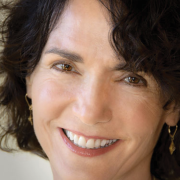 Go To Past Event
from The Hamilton Affair held on March 2, 2017

Celebrate the imminent arrival of the musical Hamilton with a discussion of a new novel about this intriguing founding father. The Hamilton Affair tells the true story of Alexander Hamilton and Elizabeth Schuyler, from passionate and tender beginnings to his fateful duel.

Hamilton was a bastard and orphan, raised in the Caribbean and desperate for legitimacy, who became one of the Revolution’s most dashing—and improbable—heroes. Admired by Washington, scorned by Jefferson, Hamilton was the most controversial leader of the new nation. Elizabeth was the wealthy, beautiful, adventurous daughter of the respectable Schuyler clan—and a pioneering advocate for women. Together, the unlikely couple braved the dangers of war, the anguish of infidelity, and the scourge of partisanship that menaced their family and the country itself.