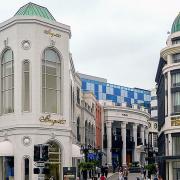 THE HACKING OF THE AMERICAN MIND

Go To Past Event
from The Hacking of the American Mind held on November 9, 2017

What is the difference between pleasure and happiness? These two positive emotions are often confused with each other, yet they couldn’t be more different. Lustig says that pleasure is short-lived, visceral, usually experienced alone, achievable with substances. Happiness, by contrast, is often the opposite—long-lived, ethereal, often experienced in social groups and cannot be achieved through substances. Pleasure is taking, while happiness is giving. Pleasure relies on dopamine, while happiness relies on serotonin. These too emotions involve two different neurotransmitters, regulatory systems and pathways in the brain.

But why should we care? Dopamine downregulates its own receptor: You get a hit, a rush—and then the receptors go down. Next time, you need more and more. Anything that generates pleasure can lead to addiction. Conversely, serotonin does not downregulate its own receptor, so you cannot overdose on too much happiness. There is one thing that does downregulate serotonin though: dopamine. The more pleasure we seek, the less happy we become.

In the last 45 years—in order to sell us their junk—Wall Street, Madison Avenue, Las Vegas and Silicon Valley have conflated pleasure with happiness so that we don’t know the difference anymore. Congress and the Supreme Court have codified corporate behavior, leaving us addicted and depressed. In the process, society has become fat, sick, stupid and broke. The only way to reverse this is by understanding the science of these two ostensibly “positive” emotions—how they interact and how to modulate them. Otherwise, those who abdicate happiness for pleasure will end up with neither.

Lustig is a neuroendocrinologist with basic and clinical training relative to hypothalamic development, anatomy and function. Prior to coming to San Francisco, he worked at St. Jude Children’s Research Hospital in Memphis. A native of Brooklyn, Lustig graduated from MIT and received his M.D. from Cornell University Medical College. He has been a faculty member at the University of Wisconsin–Madison and the University of Tennessee, Memphis. More information can be found here.