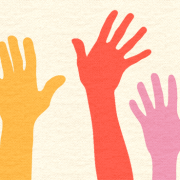 Why are Silicon Valley's nonprofits struggling to meet demand in one of the wealthiest and most sophisticated regions in the world? In addition to national or global causes, why aren’t more Silicon Valley philanthropists directing their dollars toward local organizations and issues? And why hasn’t more entrepreneurial ingenuity been harnessed to solve local problems?

A new report, The Giving Code: Silicon Valley Nonprofits and Philanthropy by Alexa Cortés Culwell and Heather McLeod Grant, found that despite a nearly $5 billion boom in philanthropy in Silicon Valley—driven by a 150 percent increase in individual giving from 2008 to 2013—the region's nonprofits are struggling to keep up with growing demand for their services, having less than three months’ cash on hand.

The report reveals a shocking prosperity paradox in Silicon Valley with skyrocketing wealth found alongside growing displacement of vulnerable populations and declining quality of life. Even as Silicon Valley boasts more than 76,000 millionaires and billionaires, its middle class is shrinking—nearly 30 percent of residents (roughly 800,000 people) rely on some form of public or private assistance to get by.

Our panel, comprised of prominent philanthropists and local nonprofit leaders, will take a deeper look into Silicon Valley’s giving culture.

CEO, Boys and Girls Club of the Peninsula

President and CEO, The David and Lucile Packard Foundation