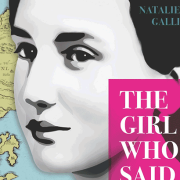 The Girl Who Said No: A Search in Sicily

Franca Viola made #MeToo history in 1966. When she was 18, she refused to go along with a centuries-old forcible marriage custom in Sicily. Having endured kidnap and rape, she publicly defied the expectation that she would marry the rapist in order to “restore her broken honor.” A social uproar occurred throughout the island and beyond.

Two decades later, with little more than the memory of the article she had read, author Natalie Galli traveled to Palermo to search for Viola. Galli wanted to know: What had become of this courageous girl who had defied an ancient tradition? Galli recounts the riveting events after Viola pressed charges with the police: Franca was publicly taunted whenever she appeared on the street, Mafia-orchestrated bullying threatened her entire family, and her own relatives pleaded with her not to break the Sicilian code of silence. Throughout her search for the enigmatic Viola, Galli shares her own poignant and hilarious observations about a vibrant culture steeped in contradictions and paradoxes. Does Galli succeed in locating the elusive protofeminist? Join us for Galli's odyssey and find out.

Natalie Galli
Travel Writer, Author; The Girl Who Said No: A Search in Sicily