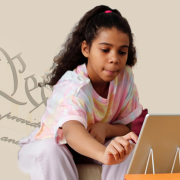 The Future of American History Education: What Now?

Go To Past Event
from The Future of American History Education: What Now? held on January 6, 2021

As the Trump presidency comes to an end, many questions have been raised about its impact and legacy on a range of policy issues and priorities for the country. The future of American history education, particularly for K–12 students, is one area where the impact could be felt for years.

Responding to recent controversies such as The New York Times’s "1619 Project" and widespread calls to remove Confederate monuments, President Trump issued an executive order establishing a new “1776 Commission” to promote “patriotic education” in schools. Whether or not the Biden administration continues the commission, the focus on what should be taught about America’s founding and heritage, how constitutional issues and historical topics such as slavery should be conveyed to students, and how to teach the full and complex story of our constitutional democracy will remain a significant educational debate for years to come.

This program will look at the state of this debate from a range of perspectives and discuss the future of American history education. The program will be held on January 6, the historic constitutional day when the U.S. Congress officially counts the electoral votes from the presidential election.

Jane Kamensky is Jonathan Trumbull Professor of American History at Harvard University and the Pforzheimer Foundation Director of the Arthur and Elizabeth Schlesinger Library on the History of Women in America at the Radcliffe Institute for Advanced Study. Her most recent book, A Revolution in Color: The World of John Singleton Copley (2016), won four prizes, including the New-York Historical Society’s Barbara and David Zalaznick Book Prize, and was a finalist for several others. Working with colleagues across the United States, she serves as one of the principal investigators in the NEH/ Department of Education-funded project “Educating for American Democracy: A Roadmap for Excellence in History and Civics Education for All Learners.”

Ian Rowe is a resident fellow at the American Enterprise Institute, where he focuses on education and upward mobility, family formation and adoption. Mr. Rowe is also the cofounder of Vertex Partnership Academies, a new network of character-based International Baccalaureate high schools opening in the Bronx in 2022; the chairman of the board of Spence-Chapin, a nonprofit adoption services organization; and the cofounder of the National Summer School Initiative. He concurrently serves as a senior visiting fellow at the Woodson Center and a writer for the 1776 Unites Campaign. Until July 1, 2020, Rowe was CEO of Public Prep, a nonprofit network of public charter schools based in the South Bronx and Lower East Side of Manhattan. Before joining Public Prep, he was deputy director of postsecondary success at the Bill & Melinda Gates Foundation, senior vice president of strategic partnerships and public affairs at MTV, director of strategy and performance measurement at the USA Freedom Corps office in the White House, and cofounder and president of Third Millennium Media. Mr. Rowe also joined Teach for America in its early days.