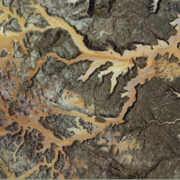 Go To Past Event
from Fritjof Capra: Patterns of Connection held on October 21, 2021

Join us for a virtual conversation with Fritjof Capra to discuss the evolution of his thought. In the late 1950s Capra read the work of Werner Heisenberg, a founder of quantum mechanics, and quickly intuited connections between the discoveries of quantum physics and the traditions of Eastern philosophy. The result was his bestselling book, The Tao of Physics. His synthesis, which dispensed with the mechanistic worldview of Descartes and Newton in favor of a systemic, ecological one, has provided him with a different perspective on the life sciences, ecology and environmental policy.

Six decades later, Fritjof Capra remains at the crossroads of physics, spirituality, environmentalism and systems theory. Organized thematically and chronologically, the essays in Patterns of Connection document his revolutionary and far-reaching intellectual journey.