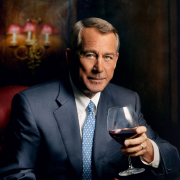 Go To Past Event
from Former U.S. Speaker of the House John Boehner held on April 20, 2021

John Boehner spent nearly 25 years in Congress and served as the 53rd speaker of the House. During his time, his responsibility and decision making to preserve the American Dream was driven by the values of economic freedom and individual liberty.

When he announced his resignation, President Obama called to tell the outgoing speaker that he'd miss him. "Mr. President," Boehner replied, "yes you will." In his new memoir, On the House, Boehner recounts his experiences and shares what he learned from his years of public service.

Join us as former House Speaker John Boehner talks honestly about his colorful tales from the halls of power to broaden our perception of Washington’s political landscape.