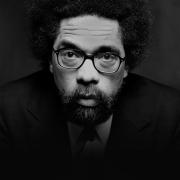 An Evening with Dr. Cornel West

Sheryl Davis is the executive director of the San Francisco Human Rights Commission (HRC), a city agency mandated to address the causes of and problems resulting from prejudice, intolerance, bigotry and discrimination in San Francisco. Davis previously served as commissioner from 2011 to 2016, including a tenure as vice chair of the commission. Prior to her work with the HRC, she was the executive director of Collective Impact, a community-based organization in the Western Addition neighborhood of San Francisco.

In a polarized country, with issues of voter disenfranchisement, police shootings of unarmed African-Americans and discussions of reparations at the forefront, our guests will explore the possibilities for improved life outcomes and opportunities for black people, particularly in cities such as San Francisco as the wealth gap continues to swell. In commemoration of the 55th anniversary of the HRC, created in response to antiblack racism in businesses, government services and community investments, join us for a conversation with one of the nation’s most prominent and provocative civil rights champions about America’s (and San Francisco’s) present and future racial equity.

** This Podcast May Contain Explicit Language **

In Conversation with Sheryl Davis