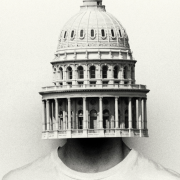 Engaging in Democracy at Boys State

Go To Past Event
from Engaging in Democracy at Boys State held on August 20, 2020

Join us to learn about individuality, finding your voice amidst a sea of homogeneity, and the triumph of intellect over the ideologue.

Boys State is a political coming-of-age story, examining the health of American democracy through an unusual experiment: a thousand 17-year-old boys from across Texas gather to build a representative government from the ground up. High-minded ideals collide with low-down dirty tricks as four boys of diverse backgrounds and political views navigate the challenges of organizing political parties, shaping consensus, and campaigning for the highest office at Texas Boys State—governor.

In a primarily conservative setting, part of what makes the two prominent progressive participants—Steven and René—so extraordinary is their ability to self-advocate, their perseverance and their drive. The Boys State program epitomizes the real-world experience of many Americans and is how many of our leaders first engaged in the world of politics. Alumni of Boys State, such as Senator Cory Booker, President Bill Clinton, Senator Lamar Alexander and Supreme Court Justice Samuel Alito, fall on both sides of the aisle.