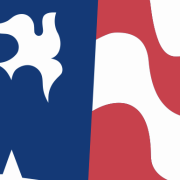 Go To Past Event
from Engaging and Empowering Returned Peace Corps Women held on August 26, 2021

Join us as we discover and learn how these four dynamic returned women Peace Corps volunteers crafted their careers to become important leaders. We will also find out what hurdles they had to overcome and how they became influential and creative leaders. Their stories are valuable for all to hear, and we can all learn from their experiences.

Lisa Curtis is the founder and CEO of Kuli Kuli, the leading brand pioneering the sustainably sourced superfood moringa. Kuli Kuli works with farmers in the developing world to access the nutritional power and economic opportunities of moringa. Curtis began working on Kuli Kuli while serving in the Peace Corps in Niger and has grown it into a multi-million dollar social enterprise. Previously, Lisa wrote political briefings for President Obama in the White House, served as a United Nations Environment Programme Youth Advisor, and worked at an impact investment firm in India.

Rahama Wright is a social entrepreneur who works at the intersection of beauty, policy, and international development. After serving in Peace Corps Mali, she launched Shea Yeleen, a social impact company that creates living wage jobs for women in Ghana through the creation of shea butter-based body care products. Her entrepreneurial journey spans bootstrapping to landing distribution with Whole Foods Markets, MGM Resorts, and most recently Macy's. The brand has been featured in a variety of media outlets including O, The Oprah Magazine, The Washington Post, The Huffington Post, Washington Business Journal, MSNBC and CNBC Africa. During the Obama administration, she was appointed to the Presidential Advisory Council on Doing Business in Africa. An avid traveler, she has visited and worked in 36 countries.

Nalini Elkins, the CEO and founder of Inside Products, Inc., is a recognized leader in the field of computer performance measurement and analysis. In addition to being an experienced software product designer, developer and planner, she is a formidable businesswoman. She has been the founder or co-founder of two successful start-ups in the high-tech arena. She served in the Peace Corps in Togo. Elkins has published numerous articles in publications such as zJournal, Technical Support, Xephon's TCP/IP Update, and Enterprise Systems Journal. Elkins is also a regular speaker at SHARE, NASPA, national and regional Computer Measurement Groups (CMGs) and a variety of international conferences.  She is the co-founder of two non-profits: the Industry Network Technology Council and Stewardship of the Commons Foundation. Elkins was a founding board member and currently serves on the Advisory Board of the India Internet Engineering Society. She is considered a technical innovator in Internet security and protocols and has published standards for the Internet, including "RFC8250: Performance Diagnostics and Metrics for IPv6."

Karen DeWitt, who served in Ethiopia, is an American journalist and communications executive. She worked for The New York Post, National Journal, The Washington Post, The New York Times, USA Today, and The Washington Examiner, and was a senior producer for ABC’s "Nightline." In 2017 she joined the faculty at Morgan State University, the largest HBCU in Maryland, where she serves as digital newsroom director at the School of Global Journalism and Communication. DeWitt also produced and starred in 26 episodes of "Karen's Kitchen," a cooking show for Black Entertainment Television. In 2005 she was appointed director of communications for the Leadership Conference on Civil Rights, and later vice president of content for the Leadership Conference on Human and Civil Rights after the organization changed its name in 2010.

Nalini Elkins
CEO and Founder of Inside Products, Inc.; Served in Togo