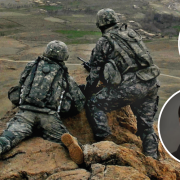 Go To Past Event
from Ending America's Forever War held on June 22, 2021

In light of President Joe Biden's controversial announcement of his intention to end America's "never ending war" on the 20th anniversary of the 9/ll attacks, our distinguished panel will discuss the past, present and possible promise and complications of ending our longest war in a most troubled region.

One of the most concerning results could be ending hard-won women's rights and opportunities. Atta Arghandiwal was an Afghan refugee , a U.S. banker. a consultant in Afghanistan and dedicated to helping refugees there and everywhere. Humaira Ghilzai, a writer, speaker and women’s advocate, co-founded the Afghan Friends Network and instituted the Sister City relationship between Hayward, CA and Ghazni, Afghanistan.