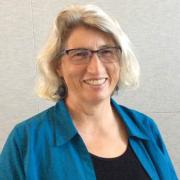 The End of the Vikings

Go To Past Event
from The End of the Vikings held on February 23, 2017

In the year 1000 AD, at the annual Althing (national assembly) in Iceland, a decision was made to make Christianity the official religion of the island. The road from paganism to Christianity was not, however, completely smooth, nor did the conversion process happen as abruptly as the political decision implied. A key text describing the declaration at the Althing appears in Njal’s Saga, and it will form the basis for this lecture, along with two medieval Icelandic short stories that illustrate how Christianization began to take shape in the North. The continued presence of the pagan past in modern Scandinavia can be traced in literature, artifacts and enduring cultural practices, indicating that while the Scandinavians eventually embraced Christianity and then secularism, they did not leave their Viking identity behind.