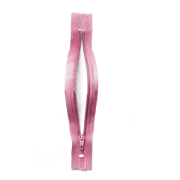 Go To Past Event
from Dr. Jen Gunter: Separating Myth from Medicine held on September 12, 2019

At a time when women’s health information is increasingly being provided by the internet, celebrities and consumer product companies of all kinds, Dr. Jen Gunter, a Marin County-based obstetrician and gynecologist, has carved out an increasingly public role as a vocal truth-teller about women’s health. Known as The New York Times’s gynecologist as well as one of Twitter’s most-active OB-GYNs, Dr. Gunter’s has taken on Gwyneth Paltrow’s Goop and medical pseudoscience, and has recently spoken out vocally against increasingly strict abortion laws in many U.S. states.

Gunter's new book, The Vagina Bible, provides factual information on a range of women’s health issues and debunks the many myths and half-truths related to the female reproductive system. While much of the dialogue surrounding women’s health targets the shame or inexperience of women and girls, Dr. Gunter aims to educate and empower with both humor and evidence.

Dr. Gunter will be in conversation with Vicki Larson, a lifestyle columnist for the Marin Independent Journal. The event will be held at the Novato-based Buck Institute, home of the Center for Female Reproductive Longevity and Equality, one of the first centers of its kind in the world.