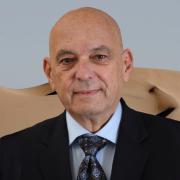 Go To Past Event
from Dr. Arye Carmon: Israel’s Democracy and Its Struggles held on December 11, 2019

More than seven decades after the founding of Israel, the momentum to establish a Jewish state has led to remarkable achievements: stable structures in government, the military and the economy. At the same time, as the country faces a range of issues in how it deals with coexistence, it also faces significant challenges to its democratic processes. Particularly, Israel lacks a constitution to bind its democracy and a bill of rights to safeguard the freedoms of its citizens.

No one knows these issues better than Arye Carmon, the founder of the Israel Democracy Institute. In his new book, Building Democracy on Sand: Israel without a Constitution, Carmon diagnoses the critical vulnerabilities at the heart of Israeli democracy and the obstacles to forming a sustainable national consciousness. In the book, the author merges touching narratives about his own life in Israel with insightful ruminations on the Jewish diaspora and the arc of Israel’s history, illuminating the conflicts between Jewish identities, democratic values and the collective body of Jewish religious laws. This struggle between a secular and a religious Jewish identity is especially critical now amid voices promoting ethnocentric nationalism, threatening to sever the ties that strengthen the country's democracy.

Carmon’s book and his important views on the state of the country's democracy come at a critical time as Israel emerges from its second national election within a year and the two major parties negotiate how to govern the country.