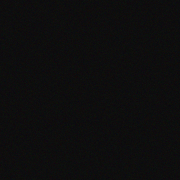 Don’t Let It Get You Down, with Savala Nolan

If “caught in the middle” was a tightrope, Savala Nolan would be a well-seasoned expert at walking it. The lawyer, speaker, and author has learned to navigate the tedious limbo that is being mixed-race, changing economic status, and a fluctuating body painfully affected by diet culture. In her debut book, Don’t Let It Get You Down: Essays on Race, Gender, and the Body, Nolan shares nostalgic, sometimes painful anecdotes from her life that illustrate the resilience and lessons learned from a life lived not in black nor white but in that somewhere in-between. Twelve poignant reflections unravel how injustice lurks around every corner and has done so for generations. But, with such wrong-doing, so too grows defiance, justice, and people like Savala Nolan who relentlessly resist by living with authenticity.

Now in her fifth year at the Henderson Center for Social Justice, Nolan holds the title of executive director. She teaches law students and activists about the paramount topics of implicit bias and systemic racism—guiding the minds of tomorrow on how to mend the cracks in our system. At INFORUM, we will become Savala Nolan’s students, learning what authenticity looks like when existing between two distant opposites—many times over.

Writer; Executive Director, Thelton E. Henderson Center for Social Justice, University of California, Berkeley; Author, Don't Let It Get You Down: Essays on Race, Gender, and the Body