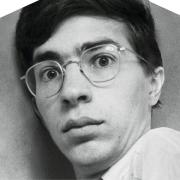 Go To Past Event
from Director Barry Sonnenfeld: Tales from a Neurotic Filmmaker held on March 16, 2020

Film and television director Barry Sonnenfeld has outrageous and hilarious stories to tell—from his idiosyncratic upbringing in New York City to his breaking into film as a cinematographer with the Coen brothers to his unexpected career as the director behind such huge film franchises as The Addams Family and Men in Black and beloved work such as Get Shorty, Pushing Daises and A Series of Unfortunate Events.

Barry Sonnenfeld's philosophy is, "Regret the Past. Fear the Present. Dread the Future." Will Smith once joked that he wanted to take Sonnenfeld to Philadelphia public schools and say, "If this guy could end up as a successful film director on big budget films, anyone can."

Come for an engaging conversation that will inspire anyone who thinks they can't succeed in life because of a rough beginning.

In response to the COVID-19 pandemic, we are currently hosting all of our live programming via YouTube live stream. This program was recorded via video conference on July 21st, 2021 by the Commonwealth Club of California.

Director, Men in Black, The Addams Family, Get Shorty; Author, Barry Sonnenfeld, Call Your Mother: Memoirs of a Neurotic Filmmaker

In Conversation with Daniel Handler