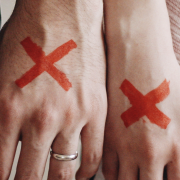 Go To Past Event
from Decriminalizing Sex Work, on The Michelle Meow Show held on March 7, 2019

This week's in-studio guests, from St. James Infirmary in San Francisco, will discuss the decriminalization of sex work.

James Burch is St. James Infirmary’s policy and advocacy officer. He began his work at the Southern Center for Human Rights where he investigated human rights conditions in Georgia and Alabama’s prisons, jails, and court systems. He studied civil rights law at the Georgetown University Law Center. Burch clerked briefly at the ACLU of Southern California before moving to the Bay Area. In the Bay, Burch organized with the Frisco 500 before joining APTP and assuming the role of policy coordinator. He joined St. James Infirmary in January of 2019.

Toni Newman is the executive director of St. James Infirmary in San Francisco. St. James Infirmary is a peer-based occupational health and safety clinic located in San Francisco, CA, offering free, compassionate, and non-judgmental health care and social services for former and current sex industry workers. Newman is a 1985 graduate of Wake Forest University and current candidate for her Juris of Doctorate (JD). Additionally, she is a best selling author, noted for I Rise—The Transformation of Toni Newman, released in 2011. The memoir has been produced into a short film titled Heart of a Woman, by Alton Demore and Keith Holland; the film has been and continues to be screened in film festivals across the globe.