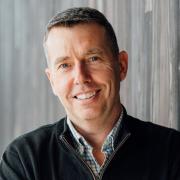 Go To Past Event
from David Plouffe: How to Beat Donald Trump held on May 13, 2020

David Plouffe is one of the leading Democratic political strategists around. He led Barack Obama to victory in 2008 and remains one of his most trusted advisers. Following his public service, he worked for Uber as the senior vice president of policy and strategy before joining the Chan Zuckerberg Initiative in 2017.

A Citizen’s Guide to Beating Donald Trump is Plouffe’s guide for the 2020 voter on how to make a difference. Plouffe draws on decades' worth of experience to coach voters on what they can do every day, from the comfort of their homes, to ensure Donald Trump’s defeat. His advice is simple: Change will only happen from action and direct dialogue from citizen to citizen. For those invested, Plouffe argues that the time to start is now.

Join political strategist David Plouffe as he gives us a pragmatic and motivational guide on how to tackle the electoral road ahead.