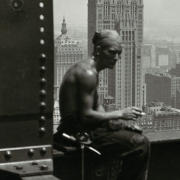 David Bodanis: The Power of Decency in a World Gone Mean

Go To Past Event
from David Bodanis: The Power of Decency in a World Gone Mean held on January 13, 2022

Join us to hear David Bodanis make a fresh, detail-rich argument that the most productive way to lead is to be fair to others. Conventional wisdom is that "nice guys finish last," but maybe that just means that too many nice guys are too conventional. And it probably does not mean that one has to be a bully, schooled in Machiavellian tactics, to succeed.

The Art of Fairness reveals how it was fairness, applied with skill, that led the Empire State Building to be constructed in barely a year. And how the same techniques transformed a quiet English debutante into an acclaimed guerrilla fighter. In 10 vivid profiles featuring pilots, presidents, and even the producer of "Game of Thrones," Bodanis demonstrates that the path to greatness doesn't require crushing displays of power or a tyrannical ego. With surprising insights from across history, including the downfall of the very man who popularized the phrase “nice guys finish last,” Bodanis charts a refreshing and sustainable approach to cultivating integrity and influence.

Author, The Art of Fairness: The Power of Decency in a World Gone Mean