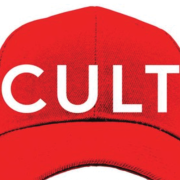 Go To Past Event
from Cult-like Behavior in Extreme Trump Followers held on March 30, 2021

In a recent article on The Daily Beast, Dr. Steven Hassan refers to the cult leaders’ “playbook” and lists some of the mind-control strategies employed by former President Donald Trump: These include his grandiose claims, his practice of sowing confusion, his demand for absolute loyalty, his tendency to lie and create alternative "facts" and realities, his shunning and belittling of critics and ex-believers, and his cultivating an "us versus them" mindset. Of all these tactics, the "us versus them" mindset is probably one of the most effective. He says that from the moment you are recruited into a cult, you are made to feel special, part of an "inside" group in opposition to unenlightened, unbelieving, dangerous "outsiders."

Join us for an intriguing talk with Dr. Hassan on cult-like behavior in the political world.

Steven Hassan, Ph.D., is a mental health professional who has been helping people leave destructive cults since 1976 after he was deprogrammed from Sun Myung Moon’s Unification Church. He is the author of four books Combating Cult Mind Control: The Guide to Protection, Rescue, and Recovery from Destructive Cults; Releasing the Bonds: Empowering People to Think for Themselves; Freedom of Mind: Helping Loved Ones Leave Controlling People, Thoughts & Beliefs; and The Cult of Trump: A Leading Cult Expert Explains How the President Uses Mind Control.