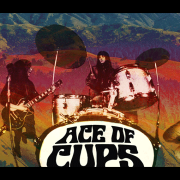 Go To Past Event
from Course Correcting Rock History: An Evening Celebrating the Ace of Cups held on November 9, 2018

An evening celebrating the Ace of Cups, the pioneering all-female band from the 1960s San Francisco rock music scene and its debut studio album that almost never happened.

Please join us for an evening of songs, stories and celebration. Learn about the rich story of this unique band that began in 1966 in an apartment on Waller Street in San Francisco. This intimate gathering will feature an interactive blend of live music and an extended panel discussion with the members of the Ace of Cups—all women 70 and over—and special guest appearances from luminaries from the 60s era. The evening will also include rare video—archival and contemporary.

The Ace of Cups was legendary from the beginning—five uniquely talented women writing fantastic songs, rocking as hard as any band at the time and harmonizing like psychedelic angels. The Ace of Cups performed with fellow artists such as The Band, Jefferson Airplane, the Grateful Dead, Quicksilver Messenger Service; even Jimi Hendrix was an avowed fan. Despite eliciting music industry interest for their exceptional songs, sublime harmonies and exuberant live performances, the Ace of Cups never got a chance to make a record of their own. Until now …

With the enthusiastic support of High Moon Records, and under the guidance of celebrated producer Dan Shea, four of the band’s original members holed up in San Rafael’s Laughing Tiger Studios to record gems from their back catalog and newly composed material that is as timely as it is timeless. Their self-titled debut album blends pure rock, folk, blues and gospel influences with a pop sensibility and a garage band rush—all tinted by an intoxicating psychedelic sheen. As news spread that the Cups were recording, old friends—including Bob Weir, Buffy Sainte-Marie, Taj Mahal, Jorma Kaukonen and Jack Casady—began to come by the studio to offer support and musical contributions. Thirty-six songs were recorded, and what started out as a chance to set the record straight has turned into a history-making second act. You can read more about the history here.

Dennis McNally will be hosting the evening. McNally is a former Grateful Dead publicist, historian and author of A Long Strange Trip, the definitive history of the Grateful Dead.

* The music tracks played during this presentation have been left out of the podcast while they are remixed. Find out more about the actual album release here.