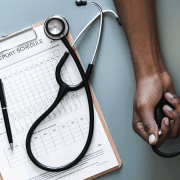 The Conservative Case for Universal Coverage

Go To Past Event
from The Conservative Case for Universal Coverage held on September 5, 2019

Though it’s not apparent in the media, there is support among conservatives for universal health care coverage. The preferred approach involves the use of market forces to control costs and activation of consumers to bring the benefits of competition to the health care industry. Avik Roy is a leading conservative thinker, writer and adviser to senior Republican politicians. Yet his views surprise many progressives. A fierce proponent of the use of market forces in health care, Roy is equally vocal about the need for health care to better serve disadvantaged Americans.

His innovative views have earned praise from both the Right and the Left. Conservative voices such as the National Review and Hugh Hewitt have noted his insights and influence on health care policy, while more liberal voices such as The New York Times’ Paul Krugman and MSNBC’s Chris Hayes have praised his moral courage and creative thinking. Roy was profiled in The Atlantic in 2016, and his writing has appeared in The Wall Street Journal, The New York Times, The Washington Post, USA Today and the National Review. A graduate of MIT and Yale Medical School, he is a frequent guest on Fox News, Fox Business, CNN, NBC, MSNBC, CNBC, Bloomberg, CBS, PBS and HBO. Roy is the author of the book How Medicaid Fails the Poor.

In Conversation with Mark Zitter

Founder and Chair, the Zetema Project