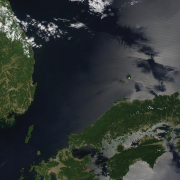 Climate Change, Technology and Innovation: Views from Korea and Japan

Go To Past Event
from Climate Change, Technology and Innovation: Views from Korea and Japan held on December 14, 2021

Korea and Japan are two of the most technologically advanced countries on the planet. In September 2021, the Korean National Assembly passed legislation mandating carbon neutrality by 2050, becoming the 14th country to legislate commitments to reduce carbon emissions. Earlier in May 2021, Japan’s parliament passed an amendment to Japan’s framework climate law to legally enshrine the goal of net zero greenhouse gas emissions by 2050 previously announced by its prime minister.

What are their policies for achieving their goals? How will technology and innovations help achieve their goals?

Join us to hear experts from Korea and Japan discuss these important subjects as the world addresses ways to meet their climate change targets.

Dr. Sung Woo Kim is head of the private Environment & Energy Research Institute of Kim & Chang, in Seoul, Korea. He is a member of the Carbon Neutrality Committee under the presidential office which was formed in 2021 by the president of Korea with government and private sector members to review and coordinate government policies responding to climate change and innovating energy and industrial fields. He is also a senior researcher at The Institute for the Future of State. He received a BA in geoscience from the University of Louisville, an MA in civil and environmental engineering from Duke University and a Ph.D. in business administration from the Seoul School of Integrated Sciences and Technology.

Dr. Kenji Yamaji is the president/director-general of the Research Institute of Innovative Technology for the Earth (RITE). RITE was organized in 1990 by the Japanese government to develop innovative environmental technologies based on the government’s Earth Regeneration Plan “New Earth 21” and since then has been engaged in R&D activities particularly for the mitigation of global warming, including R&D on carbon dioxide capture and storage, biorefinery technologies, and integrated analysis on strategies for mitigating global warming.

Dr. Yamaji received a Doctor of Engineering from The University of Tokyo and is professor emeritus at The University of Tokyo (first appointed professor in 1994). He has been a researcher or member of the Central Research Institute of Electric Power Industry (CRIEPI), the Science Council of Japan (SCJ), and the Japan Science and Technology Agency ( JST). His academic field is energy systems engineering, and he has published more than 100 academic papers and books and also was the lead author for 3rd and 4th Assessment Reports of IPCC (The Intergovernmental Panel on Climate Change, an intergovernmental body of the United Nations responsible for advancing knowledge on human-induced climate change).

Moderator Dr. Stephanie A. Siehr is a professor of environmental and energy programs at the University of San Francisco and an affiliate of the China Energy Group, Energy Technologies Area, of Lawrence Berkeley National Laboratory. She works on energy–based solutions to multiple environmental problems—from local air pollution to global climate change—combining engineering with tools from political economy and organizational analysis. She received her S.B. in chemical engineering from the Massachusetts Institute of Technology and an M.S. and Ph.D. in environmental engineering and policy from Stanford University.

Head of the Private Environment & Energy Research Institute, Kim & Chang, Seoul, Korea; member of the Carbon Neutrality Committee under the Presidential Office of the Republic of Korea

President, Research Institute of Innovative Technology for the Earth (in Tokyo, Japan)