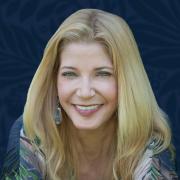 Candace Bushnell: Is There Still Sex in the City?

Go To Past Event
from Candace Bushnell: Is There Still Sex in the City? held on October 1, 2019

The landscape of sex, love and romance in New York City has undergone dramatic changes in the 20 years since Candace Bushnell published the iconic Sex and the City, which broke down major barriers in cultural representations of single women and reshaped the landscape of pop culture. Now the trailblazing Bushnell is back to ask the vital question: Is there still sex in the city for women 50+?

Join Bushnell at INFORUM as she, once again, guides us through a new and entangled dating scene. Her newest book, Is There Still Sex in the City?, follows a whole new cohort of female friends: Sassy, Kitty, Queenie, Tilda Tia, Marilyn and Candace, as they face the modern-day sex arena as middle-aged women, including younger partners, dating apps, divorce, children and the pressure to maintain a youthful appearance. Equal parts hilarious and heart wrenching, and filled with Bushnell’s signature short, sharp social commentary, Is There Still Sex in the City? not only provides a colorful look at love after 50 but also asks audiences to take a more nuanced look into the lives of women.

In partnership with the Women Lit Speaker Series

Candace Bushnell
Author, Sex and the City and Is There Still Sex in the City?