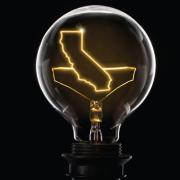 Go To Past Event
from Can California Go Carbon Neutral? held on January 31, 2019

Just 10 years ago, an entire state running on 100 percent renewable electricity was considered fanciful. But this dreamy vision became reality when, with the backing of big utilities, California committed to 100 percent use of zero-carbon electricity by 2045. The stakes were raised even higher with a statewide pledge to go carbon neutral by 2045. What will it take for California to achieve such a feat? What are the impacts on the fuel and transportation industries? Will Governor Gavin Newsom embrace climate initiatives started by former Governor Jerry Brown?

Join us for a discussion on California's surprise gambit to take the world’s fifth largest economy to net zero with John Hofmeister, former president of Shell Oil; Bob Holycross, global director of Sustainability and Vehicle Environmental Matters at Ford Motor Company; and Mary Nichols, chair of the California Air Resources Board.