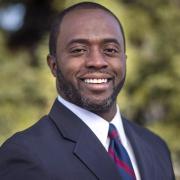 Go To Past Event
from California Education Chief Tony Thurmond held on March 21, 2019