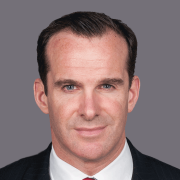 Go To Past Event
from Brett McGurk: Former U.S. Special Presidential Envoy Overseeing the Global Campaign to Defeat ISIS held on May 1, 2019

A Conversation About War, Diplomacy and Presidential Decision-Making

Brett McGurk has just joined Stanford’s Freeman Spogli Institute. He resigned from his special envoy post this past December when President Trump announced a withdrawal of U.S. troops from Syria without any process or deliberation. McGurk had served as President Trump’s envoy to defeat ISIS for the past two years, helping to oversee a global campaign with a coalition of 75 countries and 4 international organizations. He was appointed to the post by President Barack Obama in 2015 and was retained in this role by the Trump administration.

From October 2014 to January 2016, McGurk led 14 months of secret negotiations with Iran that led to a prisoner swap and the return home of six Americans, including journalist Jason Rezaian. Before joining the Bush administration’s national security team, McGurk served as a law clerk to Supreme Court Chief Justice William H. Rehnquist and was at the Supreme Court during the September 11, 2001 attacks, an experience that led to his practice of foreign affairs at the highest levels in Washington, D.C. and on the front lines.

Come for a rare visit about his experiences as a seasoned diplomat as well as his thoughts on the direction of U.S. foreign policy and the intertwining of policy and politics.