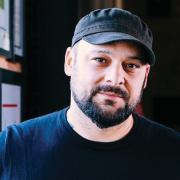 Go To Past Event
from Breaking Hate: A Former Extremist's Journey held on February 28, 2020

Is there an answer to the widespread—and increasingly public—rise of racial extremism? Come learn about the white nationalist movement from someone who was a leader in it until he renounced racism and devoted his life to helping others leave it behind.

Christian Picciolini went from leading neo-Nazi bands with names such as Final Solution and White American Youth to running a record store that only sold "white power" music. But he left that and led organizations to counter extremism domestically and abroad, and has become an award-winning television producer, speaker, author and peace advocate.

Come learn the truth about "white power" movements and the inspiring story about how to leave them behind.