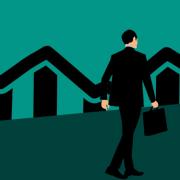 This event is underwritten by Bank of America/Merrill Lynch

With changes to taxes, trade wars with China and other countries, health care in flux, housing prices continuing to rise, continued governmental gridlock as well as international challenges to the United States, what does all of this mean for your business, your investments and the overall economy for 2019?

As deputy assistant secretary for economic policy at the U.S. Treasury from 1993 to 1995, Brad DeLong worked in conjunction with Treasury Secretary Lawrence Summers on the Clinton administration's budget, the North American Free Trade Agreement, macroeconomic policy and health care reform. In addition to serving as a professor of economics at UC Berkeley, DeLong is a research associate of the National Bureau of Economic Research, a weblogger at the Washington Center for Equitable Growth and a fellow of the Institute for New Economic Thinking. He previously taught economics at Harvard University, where he received his doctorate in economics, as well as well as at Boston University and MIT.

Stephen Moore served as senior economic adviser to Donald Trump during the 2016 campaign, where he focused on tax reform, regulatory reform and energy policy. With more than 30 years of experience as an economist, Moore focuses on the impact of government on business and analyzes shifts in the global economy. In addition to his role at Heritage, Moore serves as senior economic analyst at CNN. Previously, he served as a senior economist at the United States Congress Joint Economic Committee and as a senior economics fellow at the Cato Institute. He advised the National Economic Commission in 1987 and served as a research director for President Reagan's Commission on Privatization.

Join us for a lively discussion on where the United States and global economies are headed and what should be done to keep them on track.