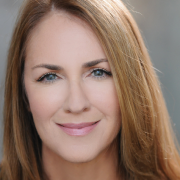 Americans today worry that social and political divisions threaten our democracy and our futures together, bound by one nation. Bridget Ford will offer valuable historical perspective from the Civil War era, this country’s greatest test of unity and moral purpose. Drawing from her recent book, Bonds of Union, Ford will show how diverse Americans worked to create a stronger, more inclusive nation that prevented the country’s permanent dissolution. Her talk will focus on the establishment of publicly funded schools for all children, and the new Republican Party’s critical involvement in that effort in the 1850s. She will argue that the United States has a longer, deeper history of imagining an inclusive society than we typically imagine, one that stretches back to the decades before the Civil War.