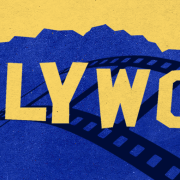 Beyond the Screen: Race and Diversity in Hollywood

Go To Past Event
from Beyond the Screen: Race and Diversity in Hollywood held on May 4, 2021

People from BIPOC communities face a myriad of challenges in the entertainment industry, both in front of the camera and behind the scenes. From on-screen talent and actors to production crews, publicity teams, talent management, writing and film criticism, marginalized groups often remain underrepresented in all aspects of an industry that has major influence on American culture. Despite evidence that shows addressing these racial inequities could reap an additional $10 billion in annual revenue, efforts by the industry to create parity continue to be inadequate.

Join a panel of experts on race in Hollywood at INFORUM, where they will discuss the harsh realities that most people of color face in entertainment, as well as steps toward industry-wide changes meant to increase representation and provide space for a new and diverse generation of creatives.

This important community program is made free to the public thanks to McKinsey & Co.