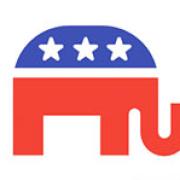 Go To Past Event
from Ben Shapiro: Rules for Debating the Left held on April 24, 2017

Ben Shapiro has made a name for himself as a prominent young conservative voice in our nation’s political dialogue. At 17, Shapiro became the youngest nationally syndicated columnist in America as a part of the Creators Syndicate. He was the editor-at-large for Breitbart.com; co-founder of TruthRevolt, the media watchdog website; has written several successful books and also started his own law practice. Today, he's the editor-in-chief of DailyWire.com; host of "The Ben Shapiro Show," the number one conservative podcast on iTunes; and has almost half a million Twitter followers, who engage in discussion and debate with him every day. Shapiro is a California native and is a graduate of both UCLA and Harvard Law School.

Shapiro is frequently called upon to offer his opinion on controversial political and social issues, on everything from the role of the media in our society to the rise of Black Lives Matter to Jews in the United States. He’s known for his confrontational approach and is never one to back down during a heated exchange.

Shapiro welcomes agreement and argument alike, so we hope you’ll join us for an in-depth conversation. Bring your questions!