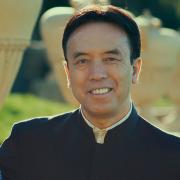 Go To Past Event
from Sheila Melvin and Jindong Cai: Beethoven in China held on March 21, 2017

Sheila Melvin, Co-Author, Beethoven in China: How the Great Composer Became an Icon in the People's Republic

Beethoven in China demonstrates that there is no parallel to the depth and breadth of Beethoven's integration into the culture, politics and private passions of China. Schoolchildren routinely read Beethoven, My Great Model and busts of Beethoven are a common sight. Cai's and Melvin's research reveals that the process by which Beethoven became a Chinese icon was tumultuous, starting with a 1906 article by Li Shutong, who referred to him as The Sage of Music, and held him up as a moral exemplar for a struggling nation trying to prevent a slide into chaos. His stoicism in the face of paternal mistreatment and increasing deafness resonated with a culture focused on working hard, on "eating bitterness," in order to achieve greatness. That stoicism proved crucial when Mao had musicians arrested and executed during the Cultural Revolution. But at Tiananmen Square students accompanied their protests with his "Ode to Joy" anyway.

Associate Professor of Music (performance), Stanford University; Orchestra Conductor; and Co-Author, Beethoven in China: How the Great Composer Became an Icon in the People's Republic

Co-Author, Beethoven in China: How the Great Composer Became an Icon in the People's Republic