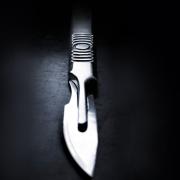 Go To Past Event
from Authors Judy Melinek and T.J. Mitchell with Mary Roach held on January 28, 2020

Spouses Judy Melinek and T.J. Mitchell write about death but lead a most interesting life. They are the New York Times best-selling co-authors of the memoir Working Stiff: Two Years, 262 Bodies, and The Making of a Medical Examiner as well as the novel First Cut. Melinek studied at Harvard and UCLA, was a medical examiner in San Francisco for nine years, and today works as a forensic pathologist in Oakland and as CEO of PathologyExpert Inc. T.J. Mitchell is a writer with an English degree from Harvard, and he worked in the film industry before becoming a full-time stay-at-home dad to their children.

First Cut is the debut novel in their Jessie Teska detective series, centering on San Francisco’s newest medical examiner who uncovers a constellation of deaths that point to an elaborate plot involving nefarious opioid traffickers and flashy tech titans who got rich off Bitcoin. Autopsy means “see for yourself,” and in Melinek and Mitchell's novel, Teska won’t stop until she has seen it all—even if it means the next corpse on the table could be her own.

Come for an entertaining conversation with this unique writing team, who are partners in life and work.

In Conversation with Mary Roach
Author, Bonk, Stiff, Packing for Mars and Grunt: The Curious Science of Humans at War; @mary_roach