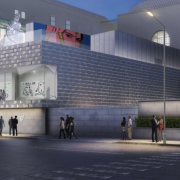 “Asian for All”—How to Be a 21st Century Museum

The mass movements of summer 2020 brought together millions and compelled museums across the country to confront their own legacies with urgency and openness. Director of the Asian Art Museum of San Francisco Jay Xu will share how the museum navigated these challenges while endeavoring to transform the 55-year-old museum into a 21st century experience accessible and welcoming to all.

Through an ever-growing contemporary art collection, investment in accessible digital technologies, a new pavilion helping to reenergize Civic Center, and an expansive look at what it means to be a culturally specific museum during a surge in anti-Asian racism, Xu will talk about his team’s efforts to inspire and connect audiences from around the world—with art as well as with each other. The discussion will be moderated by Deborah Clearwaters, director of education and interpretation at the Asian Art Museum.

Dr. Jay Xu has served as director and CEO of the Asian Art Museum of San Francisco since 2008. He is the first Chinese American director at a major American art museum. Xu is committed to deepening understanding of Asian art and culture in the global context, and to advocating for the art museum as an essential platform for cross-cultural understanding. Xu earned his M.A. and Ph.D. in early Chinese art and archaeology at Princeton University, and has had nearly 40 years of international museum experience as a research scholar, curator and museum director. He previously served as assistant to the museum director at the Shanghai Museum; research fellow at the Metropolitan Museum of Art, New York; and curator of Chinese art at the Seattle Art Museum. He also served as head of the Asian art department and chairman of the department of Asian and Ancient Art at the Art Institute of Chicago. In addition, Xu is a member of the governing board of the Terra Foundation for American Art; a member of the Association of Art Museum Directors (North America); the Advisory Council of the Department of Art and Archaeology, Princeton University; the Visiting Committee of the Harvard Art Museums; the Advisory Board of the Tang Center for Silk Road Studies, UC Berkeley; the Advisory Board of the Shanghai Museum; and a visiting senior professor at the College of Liberal Arts, Shanghai University. He is also a member of the Committee of 100. In 2015, Dr. Xu became the first Asian American museum director elected to the American Academy of Arts and Sciences.

Deborah Clearwaters is director of education and interpretation at the Asian Art Museum, where she leads a team of seven in the development of school and teacher programming and resources (pre-K through college), interpretive planning of exhibitions, and community engagement through the museum’s renowned programming matrix. Clearwaters holds a master’s degree in Japanese art from the University of Maryland, where she specialized in 20th century Japanese art. During her 22-year tenure at the museum, she has developed signature new programs featuring local Asian and Asian American artists and developed in partnership with local Asian communities, she collaborated with curators, designers, editors and outside voices to create award-winning interpretive materials, including accessible tools for visitors with disabilities, and she has built a renowned online repository for teaching about Asian art and culture. She co-wrote the museum’s first children’s book, Adventures in Asian Art, and is developing content for future children’s books in partnership with Asian American illustrators. Clearwaters speaks conversational Japanese, is an avid cyclist, and is an ongoing student of the Japanese Way of Tea.