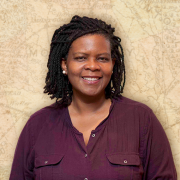 Go To Past Event
from Annette Gordon-Reed: On Juneteenth held on June 9, 2021

President Abraham Lincoln announced the end of slavery in 1862, but it wasn’t until two and a half years later on June 19, 1865, that the news finally reached enslaved people in Texas.

Pulitzer Prize-winning historian and Texas native Annette Gordon-Reed chronicles the country’s long road to Juneteenth, recounting both its origins in Texas and the enormous hardships that African Americans have endured from Reconstruction through Jim Crow and beyond.

Her new book On Juneteenth provides the context and reminder that the fight for equality is still ongoing in our country.

Copies of On Juneteenth are available for purchase at checkout (U.S. domestic shipping only); our thanks to Marcus Books in Oakland for fulfilling book orders.

In conversation with Judge LaDoris Cordell