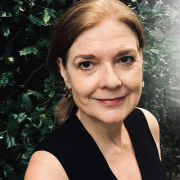 Go To Past Event
from Anne Nelson: Inside the Radical Right's Shadow Network held on May 26, 2021

Established in 1981, the Council for National Policy has been the leading organization for wealthy, conservative decision makers to consolidate their power. This little-known coalition of elites is the strategic nerve center for fundraising money and mobilizing voters behind the scenes. Critics say that with its membership private and meetings held at an undisclosed location, the Council for National Policy has successfully made game plans and decisions steering the Republican Party in a process virtually unknown to the public. Award-winning author and media analyst Anne Nelson, however, is looking to demystify the elaborate organization.

In her new book Shadow Network, Nelson uncovers the key fundamentalists, oligarchs and allies that comprise the powerhouse of the Council for National Policy. She reveals stories about the Koch brothers, radical right-wing organizations, the decline of local journalism, the race for digital engagement, and the fight over the information war. As a research scholar at Columbia's School of International and Public Affairs, Nelson has focused her work on the role of digital media in aiding underserved populations through health, education and culture. Now, in a time of stark and growing threats to our most valued institutions and democratic freedoms, Nelson looks to illuminate the clouded history behind the political coalition.

Join us as Anne Nelson uncovers the conservative process that plays a significant role in shaping political outcomes today.

In response to the COVID-19 pandemic, we are currently hosting all of our live programming via YouTube live stream. This program was recorded via video conference on May 26th, 2021 by the Commonwealth Club of California.

In Conversation with Kirk Hanson