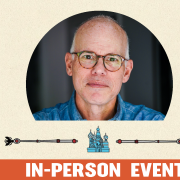 Andrew Weiss: Who Is Vladimir Putin?

Go To Past Event
from Andrew Weiss: Who Is Vladimir Putin? held on December 8, 2022

Who is Vladimir Putin?

In the West’s collective imagination, Putin is a deceitful cartoon villain, constantly plotting to destroy his enemies not only in Ukraine but around the world. But how did a mid-level KGB officer become one of the most powerful leaders in Russian history?

In a unique graphic novel format, Russian expert Andrew Weiss chronicles Putin's political rise and reveals the truth behind the persona that Putin has spent his career cultivating. Weiss offers a compelling look at the myths surrounding Putin as a take-no-prisoners political mastermind and exposes who is really behind the façade.

Andrew Weiss is the James Family Chair and vice president for studies at the Carnegie Endowment for International Peace, where he oversees research in Washington and Moscow on Russia and Eurasia. He previously served as director for Russian, Ukrainian and Eurasian Affairs on the National Security Council staff and was a member of the State Department’s Policy Planning Staff during the administrations of Presidents Bill Clinton and George H. W. Bush.

James Family Chair and Vice President for Studies at the Carnegie Endowment for International Peace; Author, Accidental Czar: The Life and Lies of Vladimir Putin

Ph.D., Vice President of Programs, The Commonwealth Club of California—Moderator